Building the Analytics
Infrastructure of the Future

Our goal is to interconnect all liquidity providers, trading platforms & ECNs to their clients through a unified Data API across multiple asset classes.

This will bring more transparency and will allow for efficient data-driven decision making, friction-free dialogue and more collaboration in financial markets.

We are a team of industry leaders, ex-traders and engineers building a technology stack to aggregate disperse trading information today that will in the years ahead deliver more advanced analytics on consolidated data sets, machine
learning and collaborative data tools at scale. We believe trading data is most valuable when it is readily accessible and our clients can use it to answer their own questions. 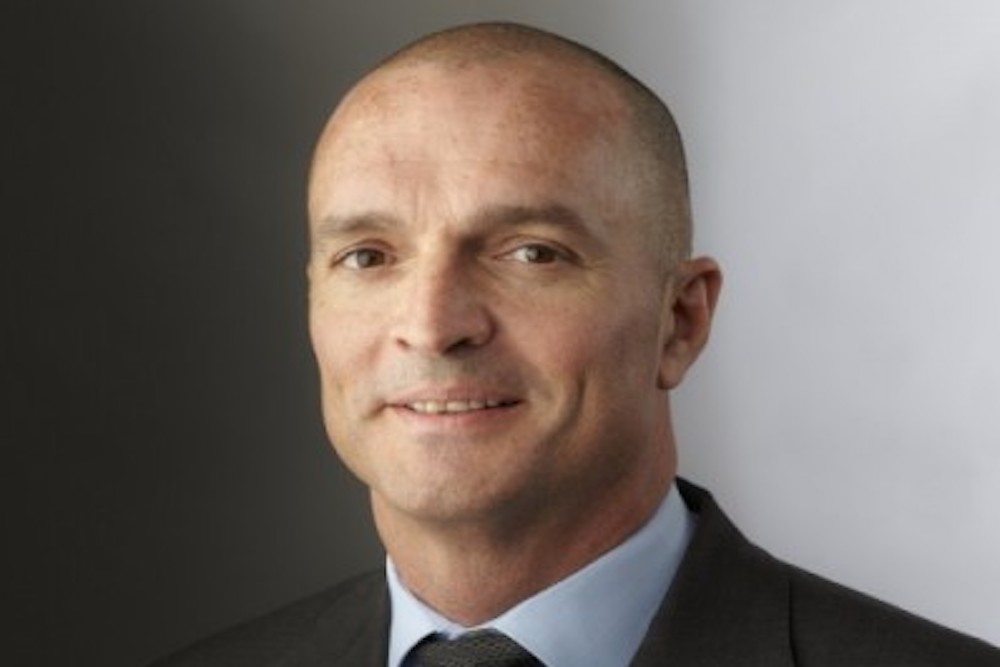 Seth has a long career in Financial Markets and was most recently CEO of Nex Markets & CME Cash Markets running the EBS and Brokertec platforms. Prior to that he was Global Head of Strategy for ICAP and also served as Managing Director of the ICAP OTC Interest Rate Options and Inflation team. During his time in these roles he oversaw the launch of multiple new platforms across various asset classes providing clients with execution capabilities, workflow solutions and risk management tools. Seth has also been a member of the NY FED FX Committee and worked closely with several regulatory bodies over the years. Outside finance, Seth is an active investor in many early stage companies. Seth holds a Bsc in International Business and Modern Languages from Aston University and attended an AMP at Harvard. 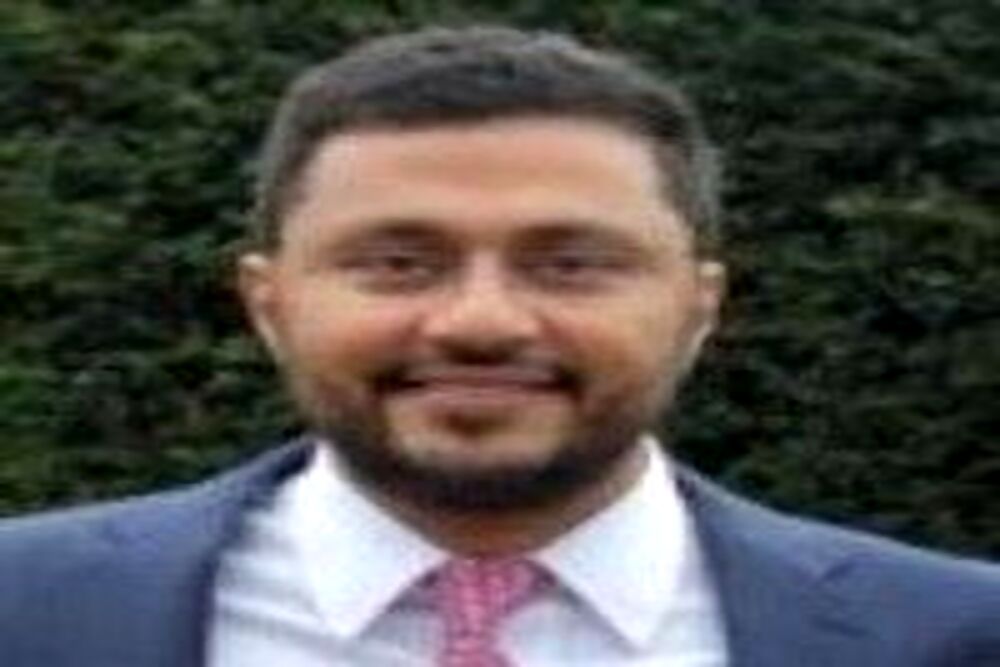 Balraj Bassi has 18 years of experience within capital markets. Prior to Tradefeedr, Balraj co-founded Blacktree Investment Partners LLP in 2009, a macro-systematic currency hedge fund. Before Blacktree, Balraj worked at Lehman Brothers where he was responsible for FX sales within Institutional Client Group in Europe and heavily involved in Lehman Brothers’ rise in the electronic trading space in FX. Balraj also worked at State Street for 7 years and was an integral part of the team building the electronic trading platform franchise for State Street Global Markets being head of FX product. Balraj holds a BEng. in Electronic Engineering and Computer Science from University College London (UCL). 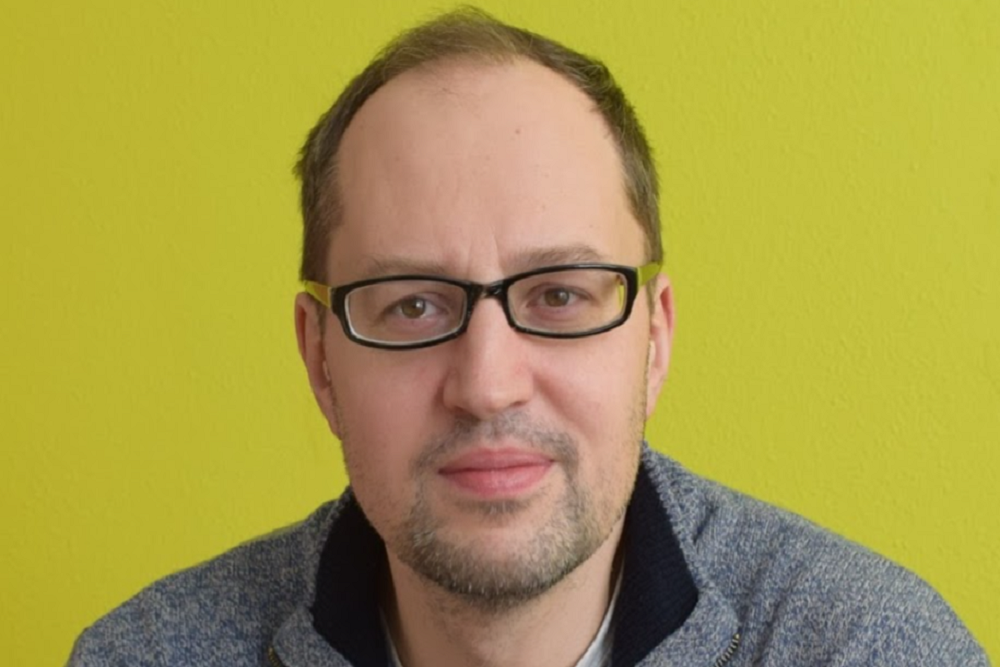 Dr. Alexei Jiltsov has more than 20 years’ experience in capital markets and quantitative finance. Prior to Tradefeedr, Alexei co-founded Blacktree, a macro-systematic currency hedge fund. Before that, Alexei was building Quantitative FX franchise for Lehman Brothers and was responsible for managing $1.8bn of client capital. Alexei also held research positions at the London Business School and University of Chicago Graduate School of Business. Alexei holds PhD in Finance from London Business School, MSc. in Applied Mathematics from Moscow State University and MA in Economics from New Economic School. Articles written by Alexei have been published in the Journal of Finance and Journal of Financial Economics. His research has received awards and has been referenced by major policymakers. 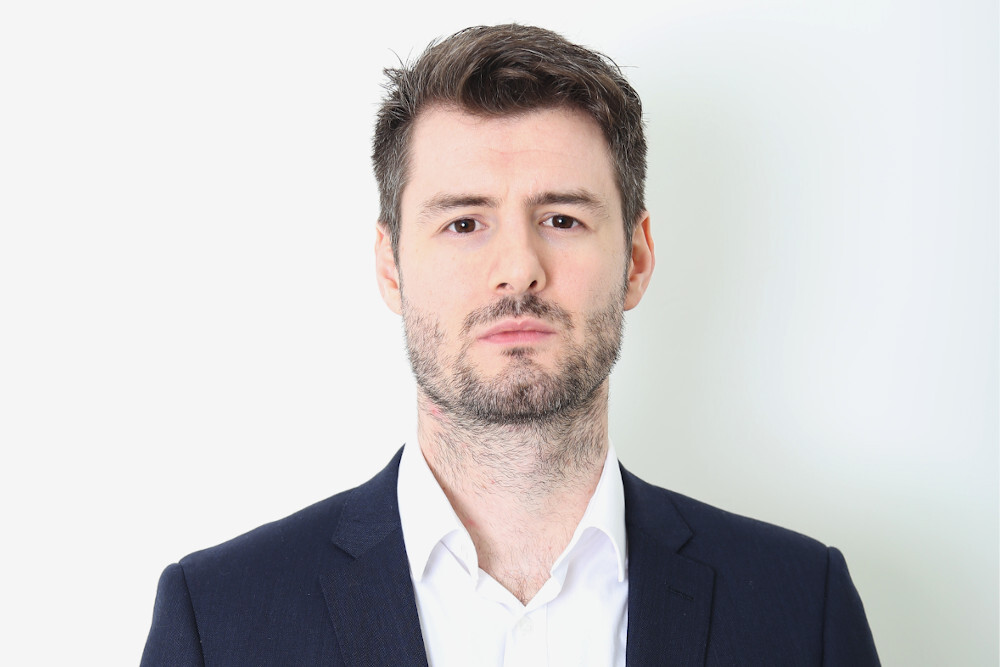 Chris has 8 years experience in data modelling, analysis and software engineering. Prior to Tradefeedr Chris worked as a software consultant to various financial institutions around the world such as Citi, Saxo Bank, RBC, BNY Mellon. Primarily in the FX space, Chris has developed a wide range of applications from mass data capture and analytics to live trading systems. Chris has deep technical understanding in a broad range of technologies, particularly in big data with over 5 years experience implementing high performance time series analytics. Chris holds an MEng(Hons) in Structural Engineering from Queen's University Belfast (QUB). 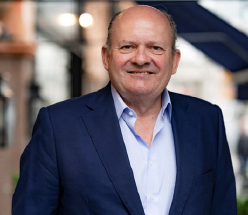 Michael Spencer is one of the UK’s most successful entrepreneurs. In a career spanning over 40 years on the financial markets, Michael set up a specialist derivatives broker in 1986, Intercapital, took it public via a merger with EXCO in 1998 and a year later merged it with Garban to become ICAP, a company that joined the FTSE 100 2006.

In 2016, ICAP completed the sale of its voice broking business to Tullett Prebon allowing Michael to become Chief Executive Officer of NEX Group Plc which was then acquired in November 2018 by CME Group in a transaction worth over $5.6bn.

He founded ICAP Charity Day in 1993 where for one day each year the Company’s global revenue, including broker commissions, were donated to charity. Since it was founded the event has raised nearly £140 million for 2,200 charities worldwide.

Michael has a long history of investing in early stage companies via his Private Investment company, IPGL, in across a wide variety of industries, notably the Life insurer Singapore Life, the Investment Platform AJ Bell, the English Winemaker Chapel Down and the FemTech startup Chiaro. Michael is a director of Bordeaux Index Ltd and chairman of The Conservative Party Foundation. In early 2020, Michael became Chairman of the CPS. Michael was nominated for a life peerage in the 2020 Political Honours list and was created Baron Spencer of Alresford on 17 September 2020.

Michael was educated at Worth Abbey and Corpus Christi, Oxford, where he read Physics.

The Tradefeedr Advisory Group was founded to create a friendly forum to advise Tradefeedr’s leadership team on product development and strategic roadmap to ensure alignment with
industry wide needs. The membership is rotating and we aim to maintain a healthy mix of liquidity providers, buy-side clients and industry experts. 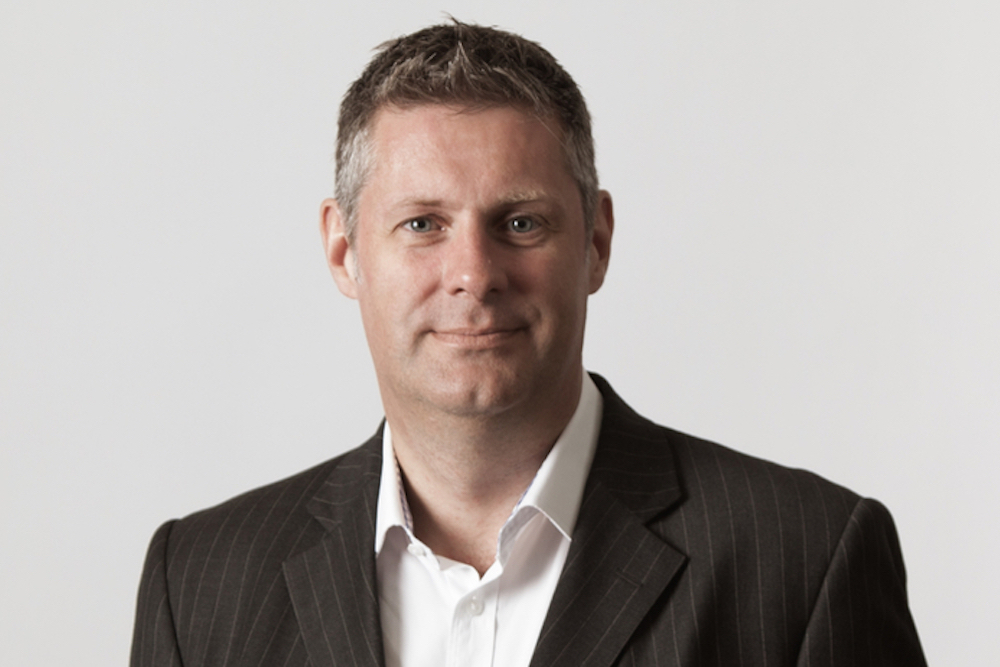 Tim Cartledge is joining the advisory group of Tradefeedr as an industry expert. He holds or has recently held directorships at 24 Exchange, Brokertec, NEX SEF and EBS, the primary trading venues for the US Treasury and FX markets. He has over 25 years of experience in financial markets specialising in both currency options market-making and electronic trading generally. He has worked at Goldman Sachs, Credit Suisse, Dresdner Bank, Barclays Bank and most recently at NEX/CME as the Global Head of OTC FX Products. Tim is best known for his work as architect of the Barclays BARX FX trading platform. He has a degree in Computer Science from Cambridge University. 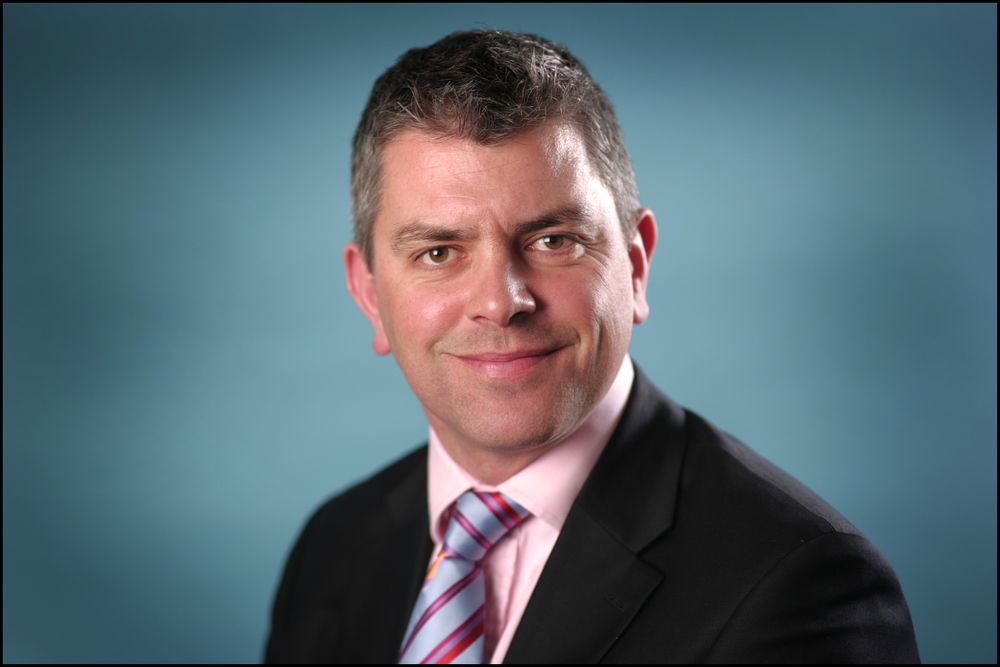 Richard joined Insight in January 2013 following the acquisition of Pareto. Richard originally joined Pareto in 2005 and is responsible for the trading all currency and equity strategies with a specialisation in electronic execution. Richard is currently engaged with the GFXC Algo/TCA working group of the GFXC 3 year review. Richard joined Pareto from Cargill Plc, a privately-owned commodity trading firm, where he traded FX and interest rates within the Treasury Group. Richard was involved in providing currency and risk management solutions to a range of international Cargill subsidiaries. Richard also traded specific agricultural commodities. Richard Holds a BEng in Civil Engineering from Newcastle University as well as being an active member of the Society of Technical Analysts. 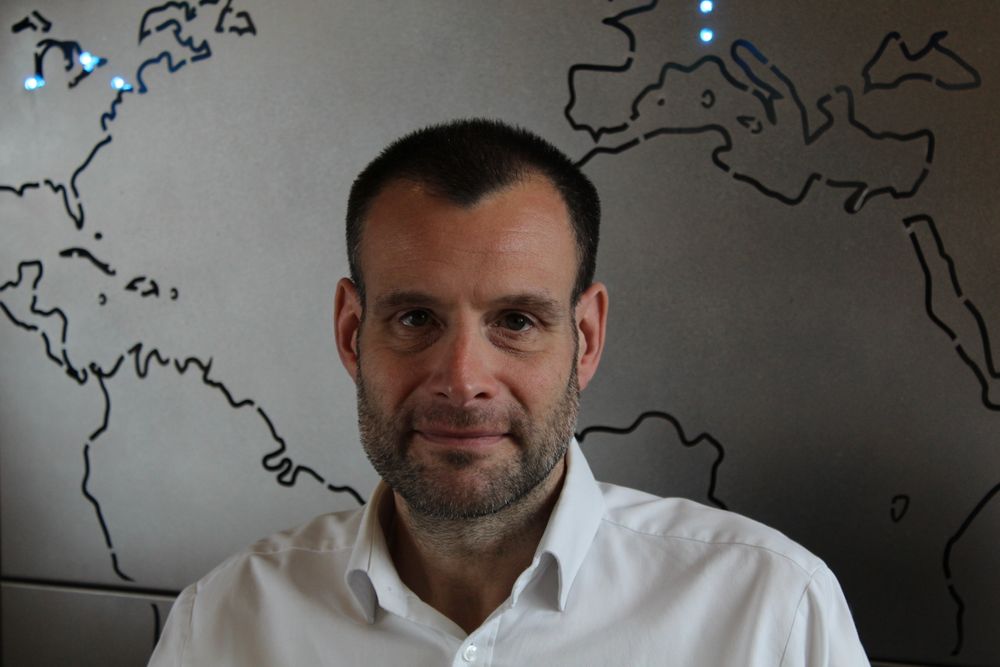 Jeremy is the Global Head of Distribution at XTX Markets, the cross-asset electronic liquidity provider. Prior to this he worked at RBS for three years as MD – Head of Fixed Income Electronic Distribution. He moved there in August 2012 from Morgan Stanley, where he had been a Managing Director in Foreign Exchange and Emerging Markets and also, Head of Fixed-Income e-Commerce and Global Head of e-Commerce Sales. Prior to Morgan Stanley, Smart worked at Deutsche Bank for nine years as a senior sales person for its e-trading platform. XTX Markets is a leading quantitative-driven electronic liquidity provider partnering with counterparties, exchanges and e-trading venues globally to provide liquidity in the Equity, FX, Fixed Income and Commodity markets. XTX provides consistent liquidity, helping market participants throughout the world obtain the best prices across assets classes, regardless of changing market conditions.